Sunflower House by Eduardo Cadaval and Clara Solà-Morales is a context driven design that strongly connects with its environment. Before we explore the house, let’s learn more about the architects.

Let’s check out one of their projects, Sunflower House.

You’ll find Sunflower House near Port de la Selva in Girona, Spain. According to the architects, “The Sunflower house sits on a privileged condition of limit; in the border within the water of the Mediterranean sea and the hard rock of the Costa Brava.”

The concept behind the design

Accoding to the architects, “Mel and Geoff wanted a house in front of the Mediterranean sea that was fully exposed to the views”. The goals were to “reinforce the relation to the sea, while finding and attracting the sun into the house.”. 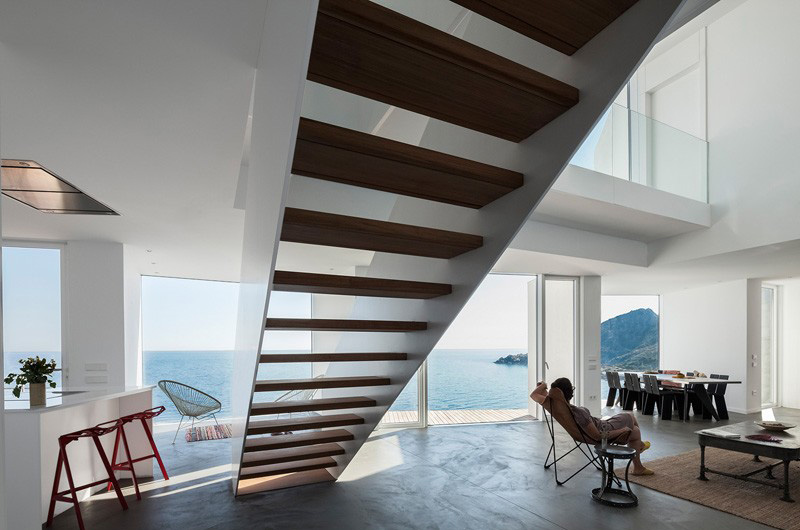 According to the architects, “The house is also a big solar collector, a mechanism to bring light and heat into the house; like a giant sunflower. The composition of the volumes responds to the generation of a rear patio that enables the sun radiation into the living room, to heat the hole house up.” (source: archdaily.com)

Inside the Sunflower House

The interior is defined by a minimalist, Scandinavian design. The color palette is dominated by neutrals, with added accents of color.

Different areas are clearly separated and defined, offering a sense of privacy, while maintaining strong visual content with the rest of the house.

The entire decor concentrates on highlighting the view and communicating with it. Everything is simplified. The Mediterranean sea becomes a focal point in every space. 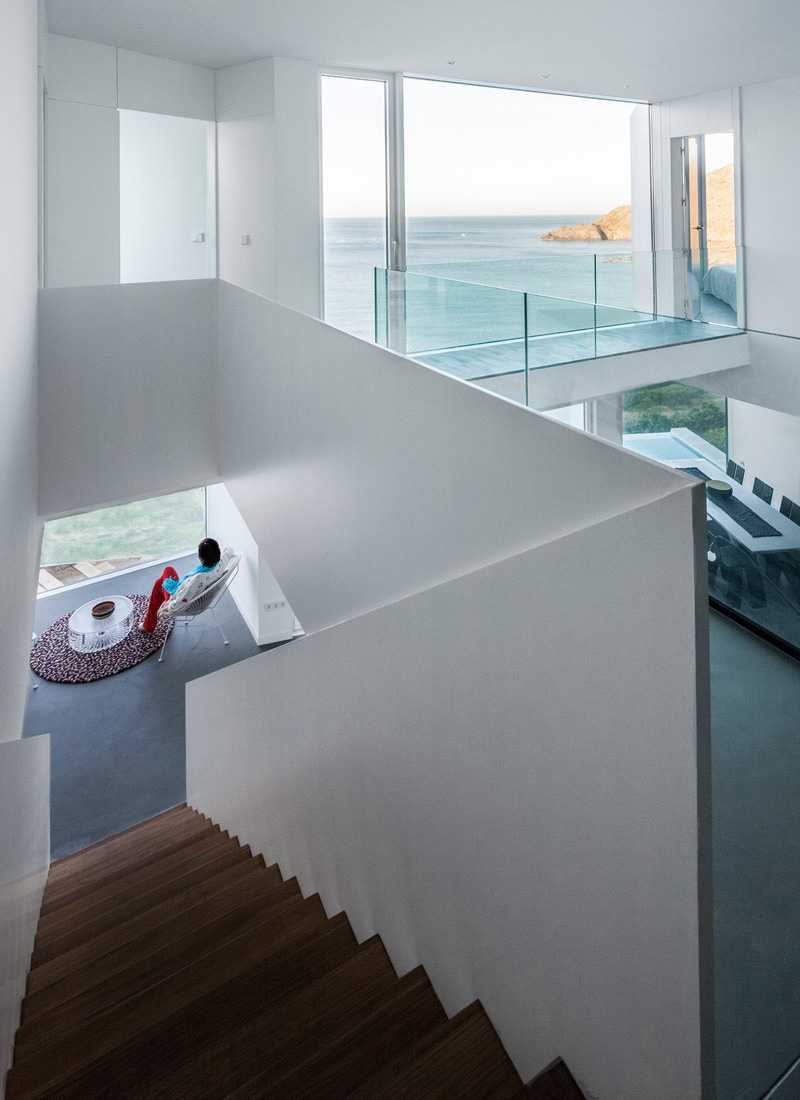 A beautiful sculptural stair connects one storey to another.  It adds rhythm and interest.

The bedroom is small, but it seems to contain plenty of storage space. Like every other room in the Sunflower House, it’s oriented to the sea.

Connecting with its surroundings

According to the architects, “The strength (and struggle) of the project relies on its geometry.Each of the cubes is defined through a solid continuous perimeter that traces a specific relationship with the outdoors.”

You can learn more by checking out ca-so.com and archdaily.com. Responsible for these stunning photographs is Sandra Pereznieto. To see more of her work, check out his website.

Let us know, what do you think about the Sunflower House by Cadaval and Clara Solà-Morales ?

Currently studying architecture, I'm enamored of all visual arts. My path in architecture started with drawing. The childish play soon developed into a passion and then into a choice of profession. Architecture taught me a lot of things that can be applied in interior design. I'll share with you my perception of space along with tips on how to manipulate it to suit your needs. Enjoy!