Andrew Maynard Architects is a collaboration between two Australian architects, Andrew Maynard and Mark Austin. Maynard’s work is all about creative concepts and dynamic outputs that turn into elegant, sustainable designs. One house that rises to the duo’s reputation is the Cut Paw Paw.

Cut Paw Paw is the story of a renovation, a “ridiculously inside-out” extension to a small home in Seddon, Victoria. The concept that lies behind the Paw Paw house design is emphasizing the raw materials, the mere skeleton of the construction. Andrew found inspiration in the beauty and the promise of the unfinished. He describes it as being “full of play and imagination.”

Andrew Maynard’s Cut Paw Paw House seduces through its intriguing contradiction found in its choice of materials. It astounds trough its innovative design that puts an accent on sustainability. If we’ve aroused your curiosity and you are eager to learn more, check out the image gallery below. 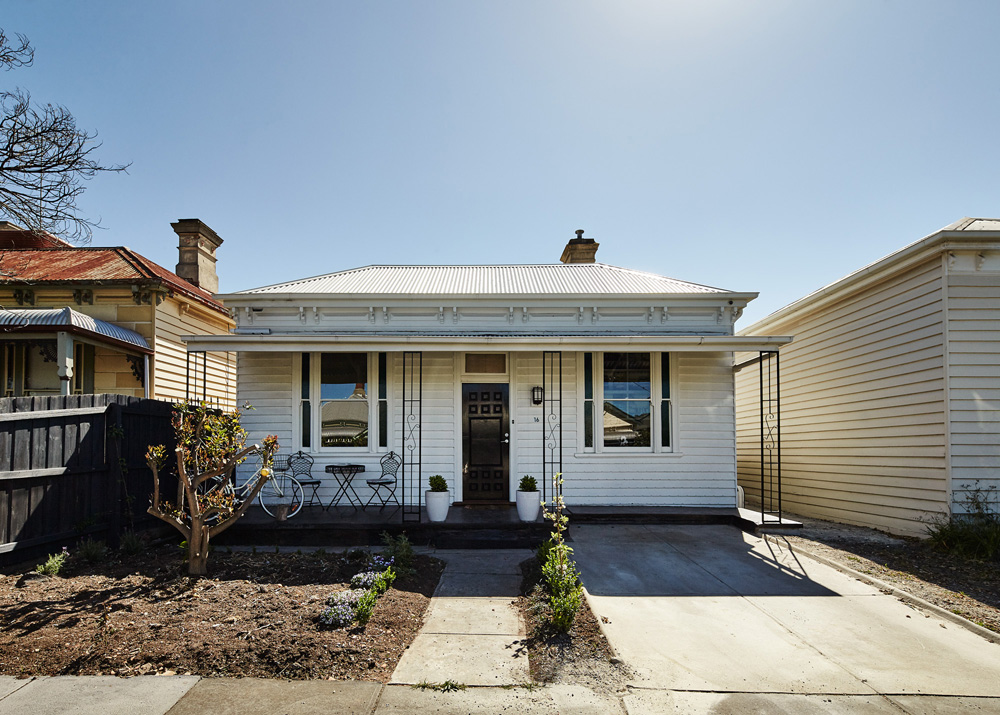 Derek and Michelle’s house is found in Seddon, Victoria, Australia. The name of Cut Paw Paw house is borrowed from the local parish.

2. Interacting with its environment 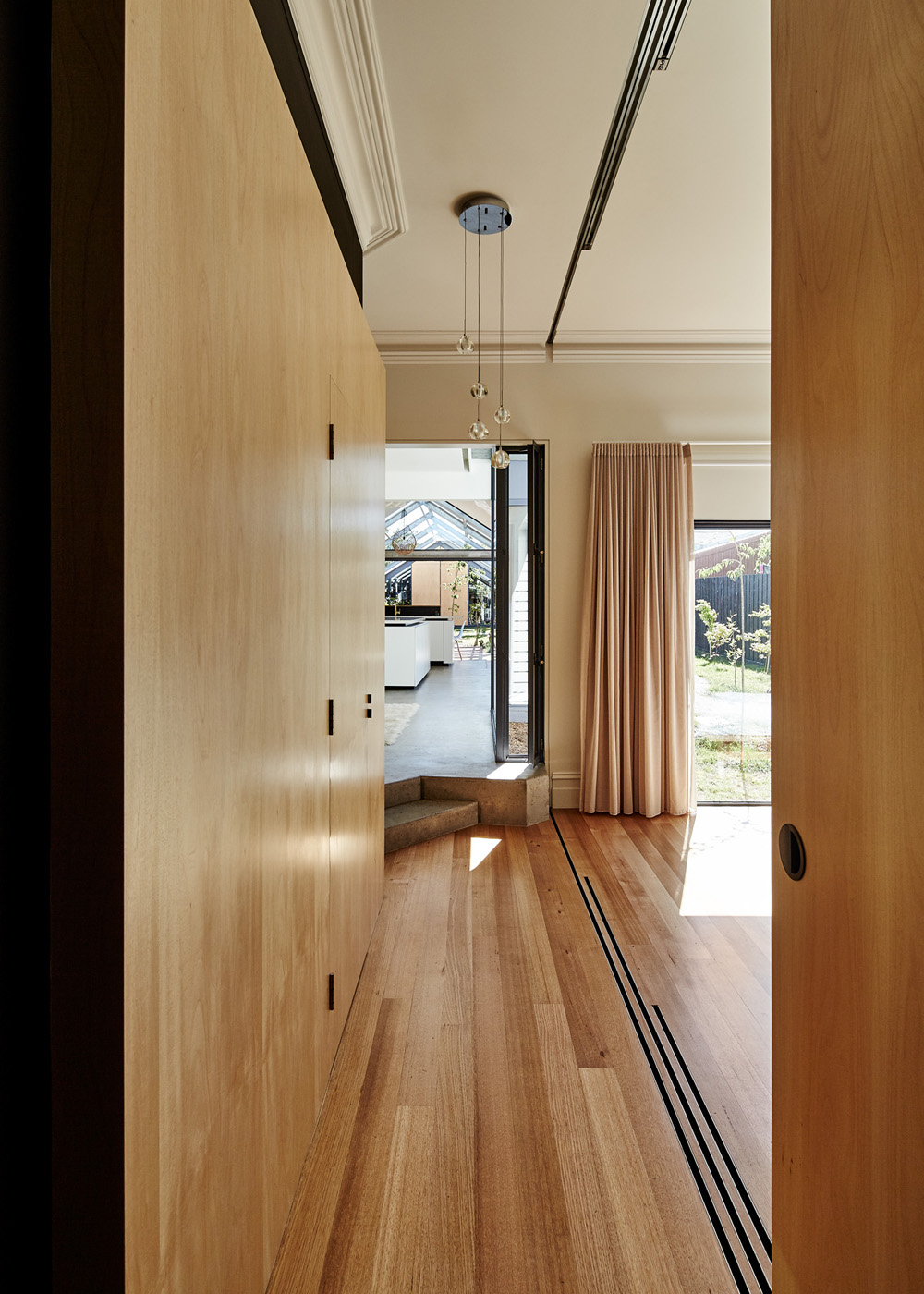 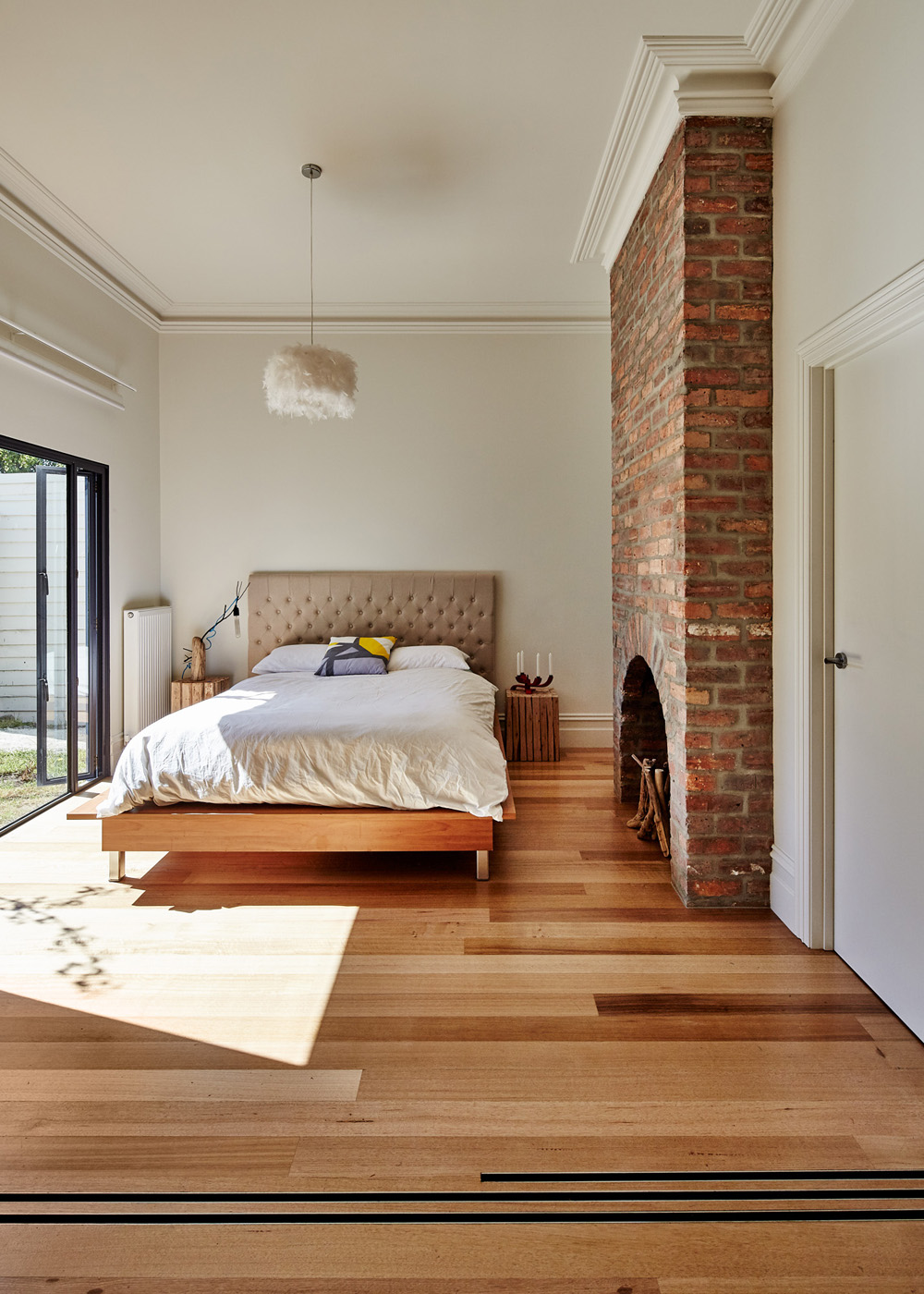 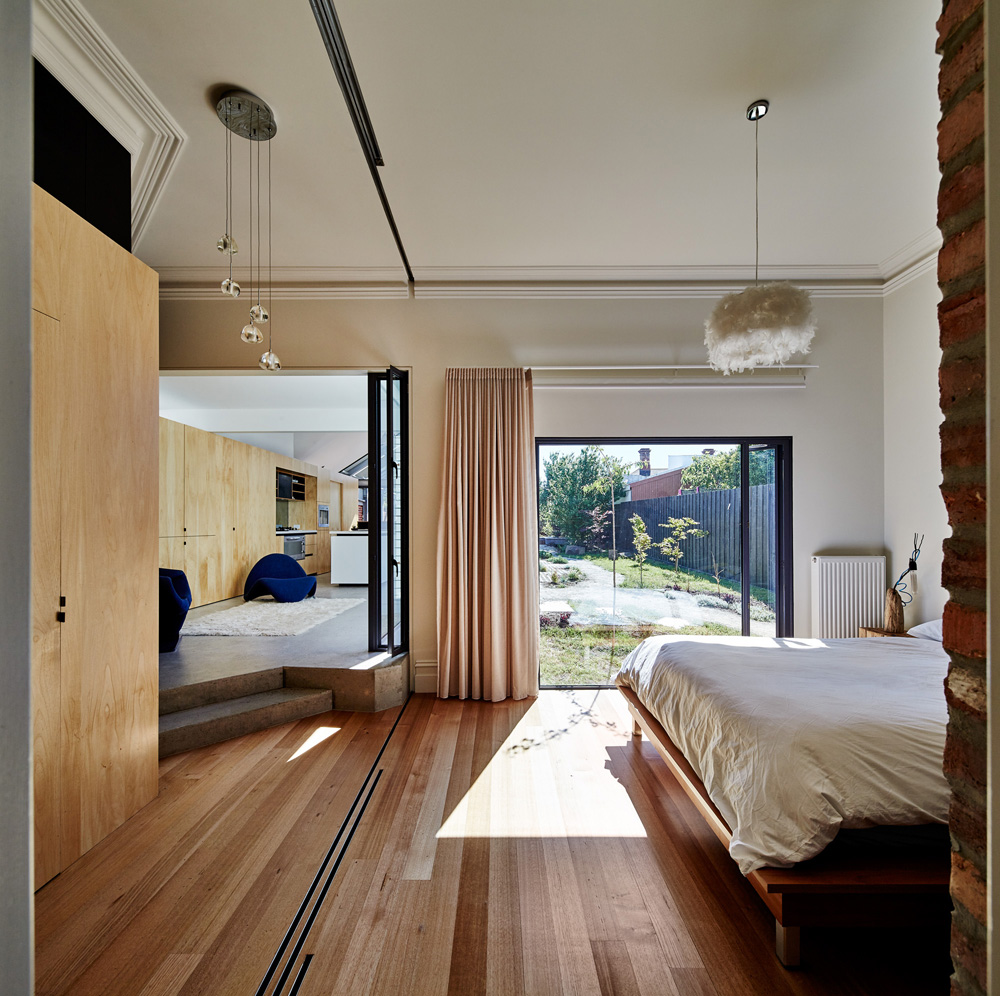 The Cut Paw Paw integrates beautifully in its environment. There is a tangible communication between it and its surroundings. They interact through the medium of materials, textures and colors. 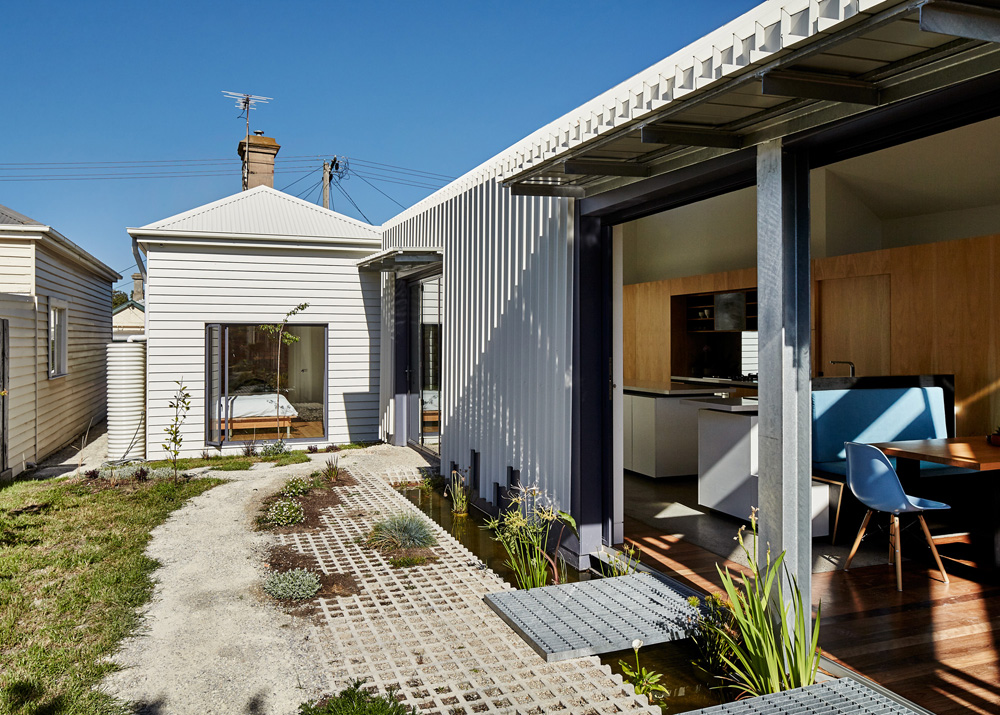 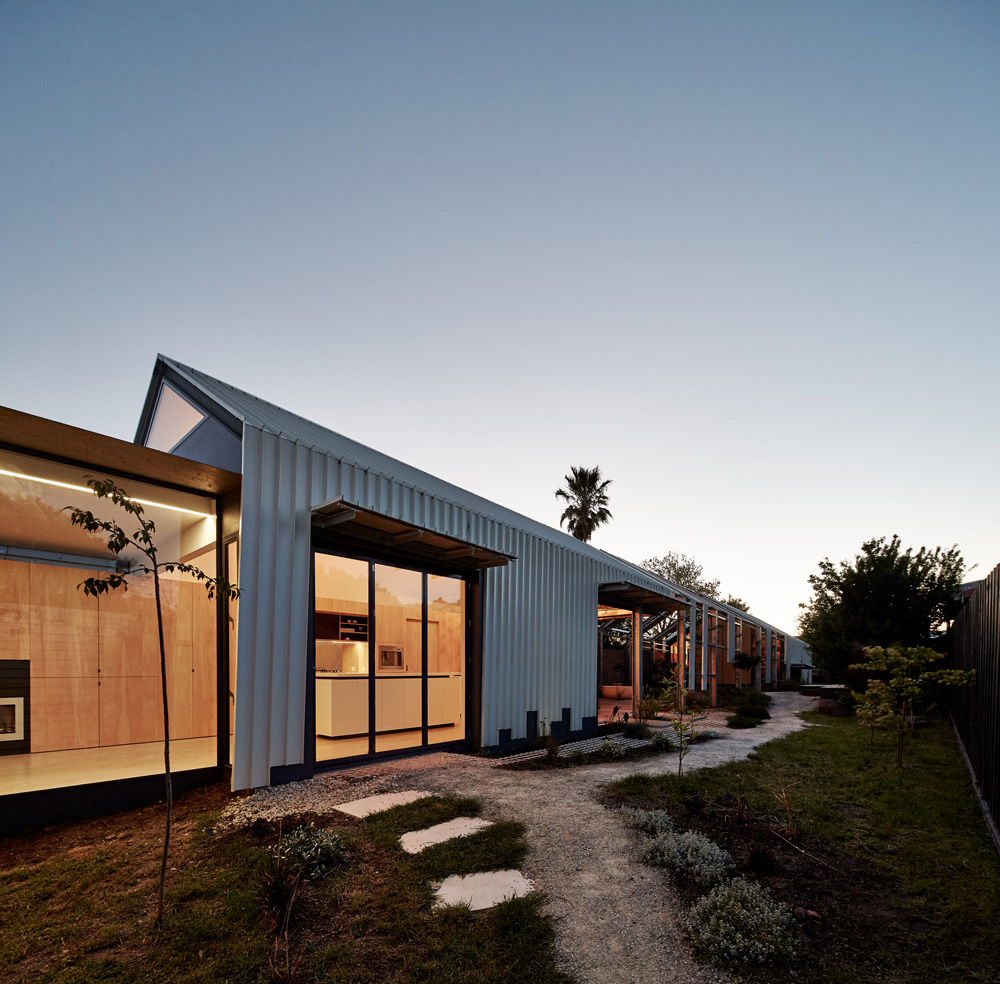 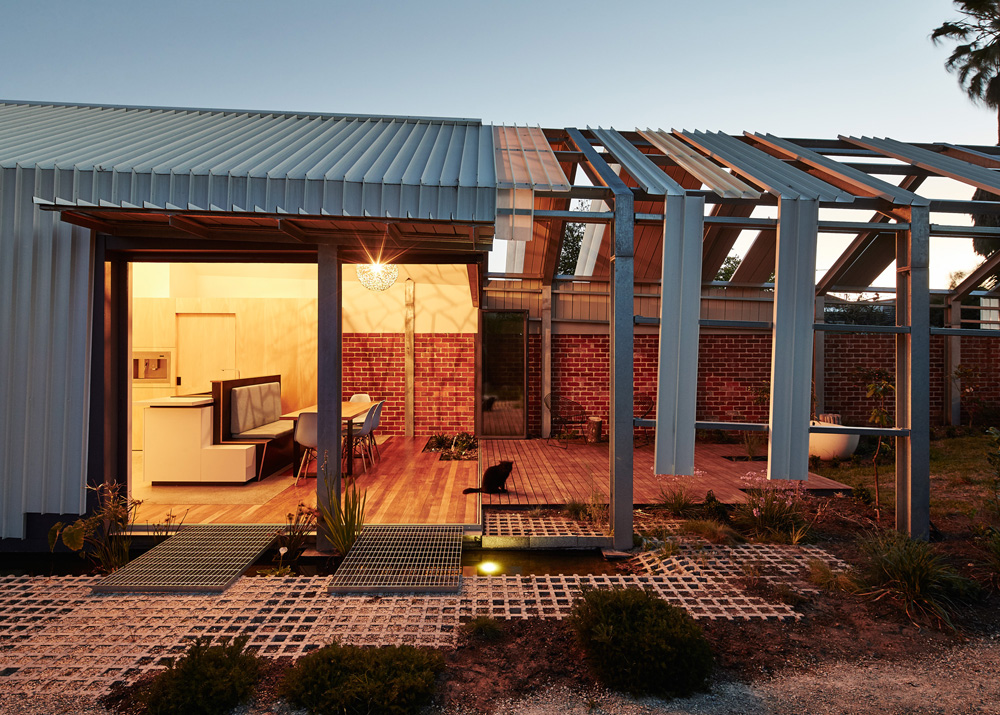 There is a harmonious transition between the outside and the inside. The spaces are articulated in such a way, they call for exploration. Every space is designed in an individualistic way, attracting the user. 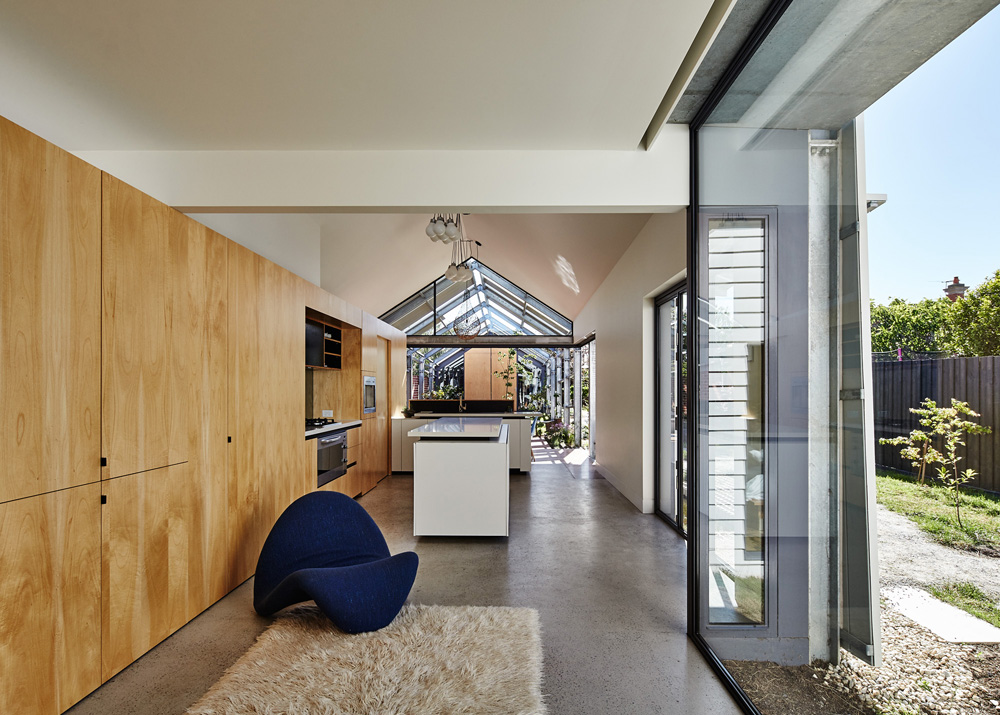 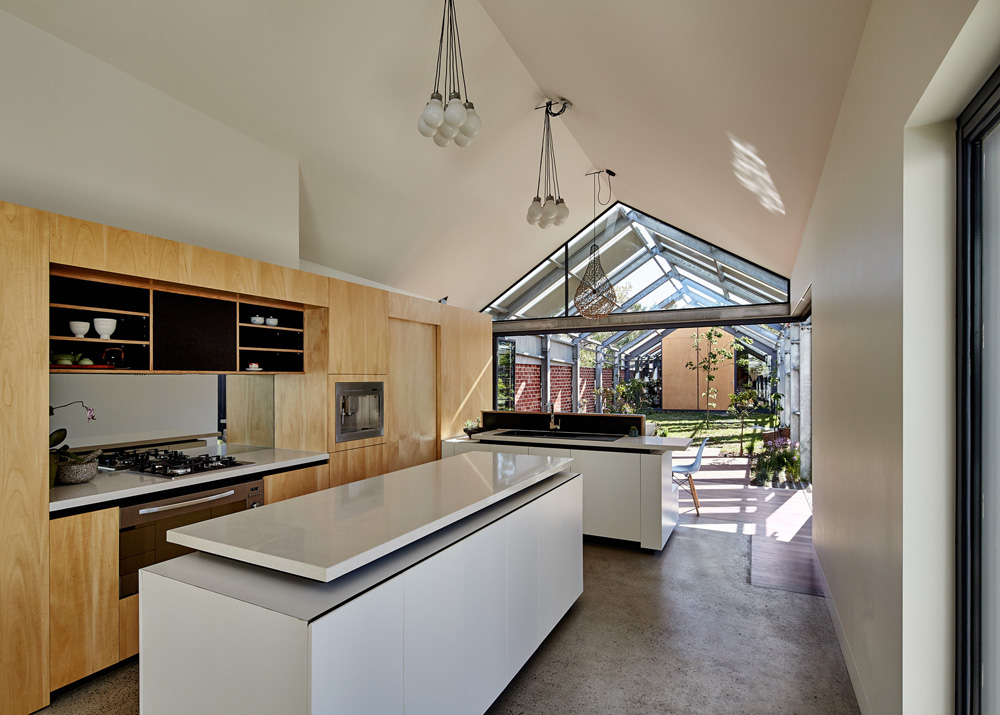 The spaces have a strong linear configuration, instigating movement. What’s more, they are visually connected but don’t fully reveal themselves. This arouses the curiosity of the observer, who will want to delve into their design. 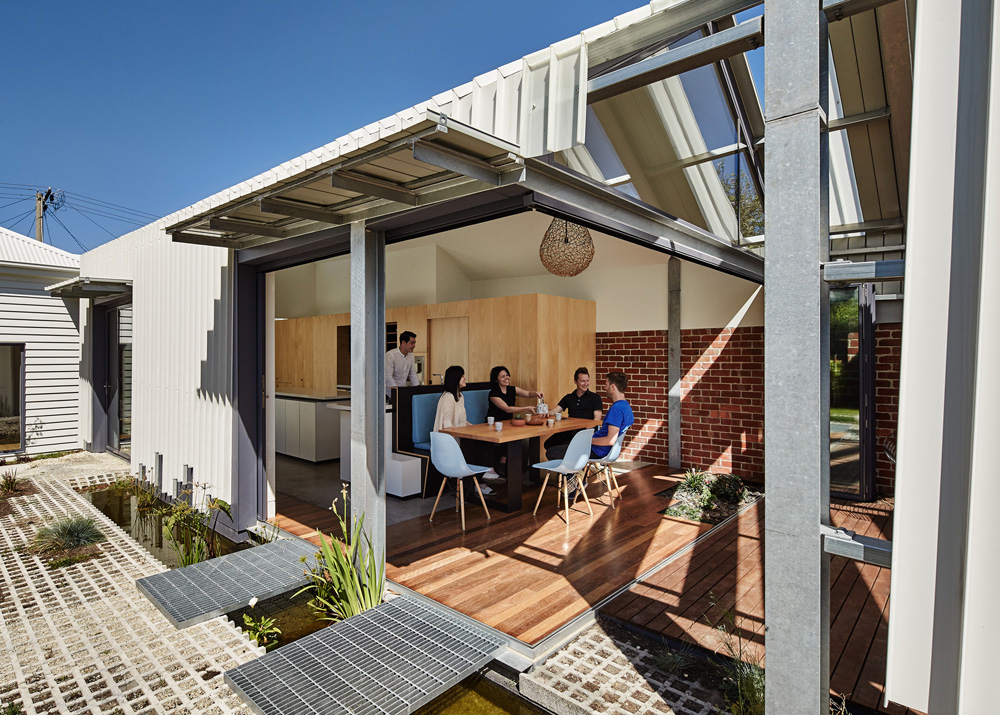 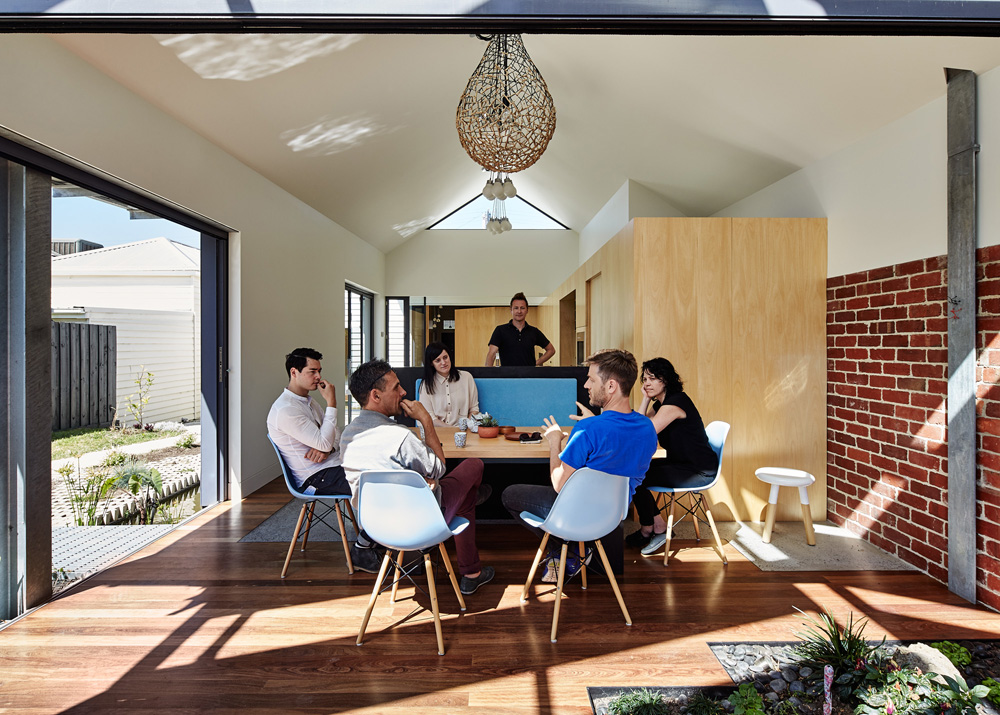 Both the small storage space and the dinning area are opened to the outdoors. This type of intervention soothes the strong linearity, making the two spaces inviting and comfortable to use. 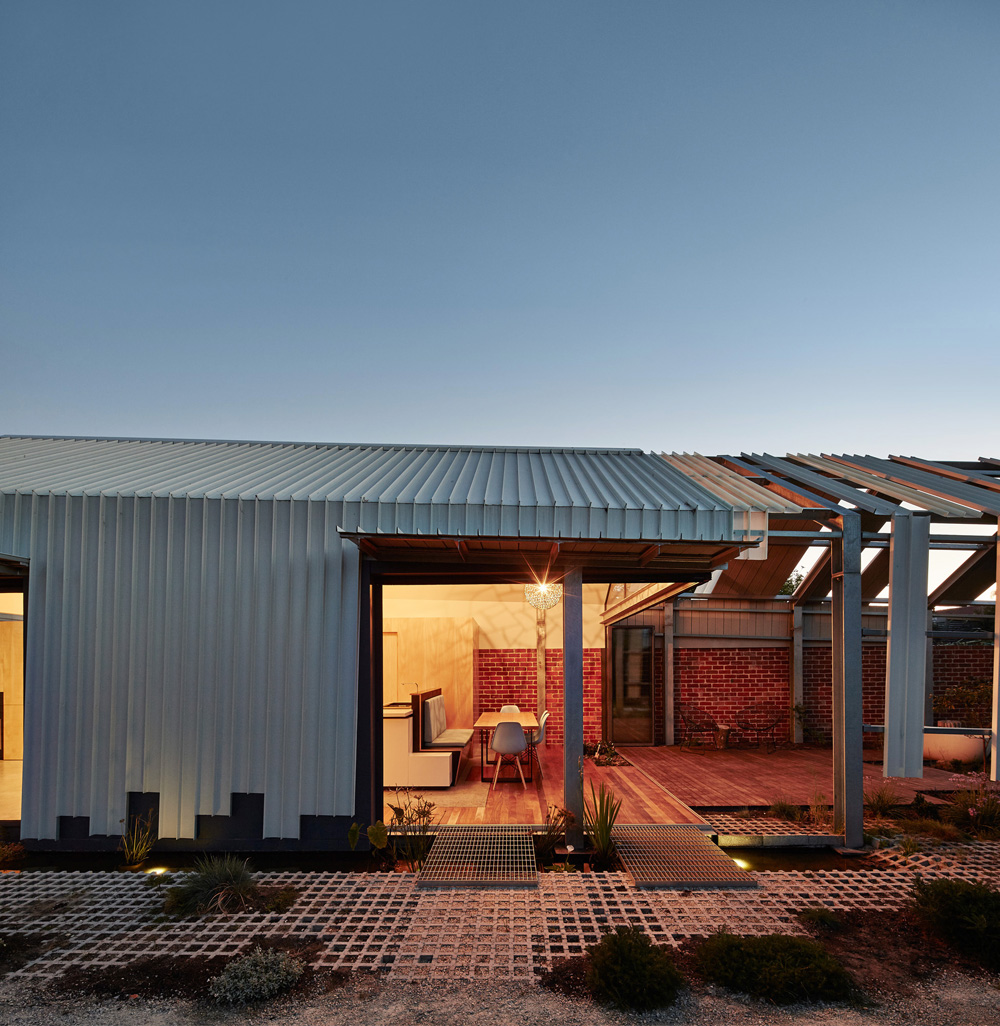 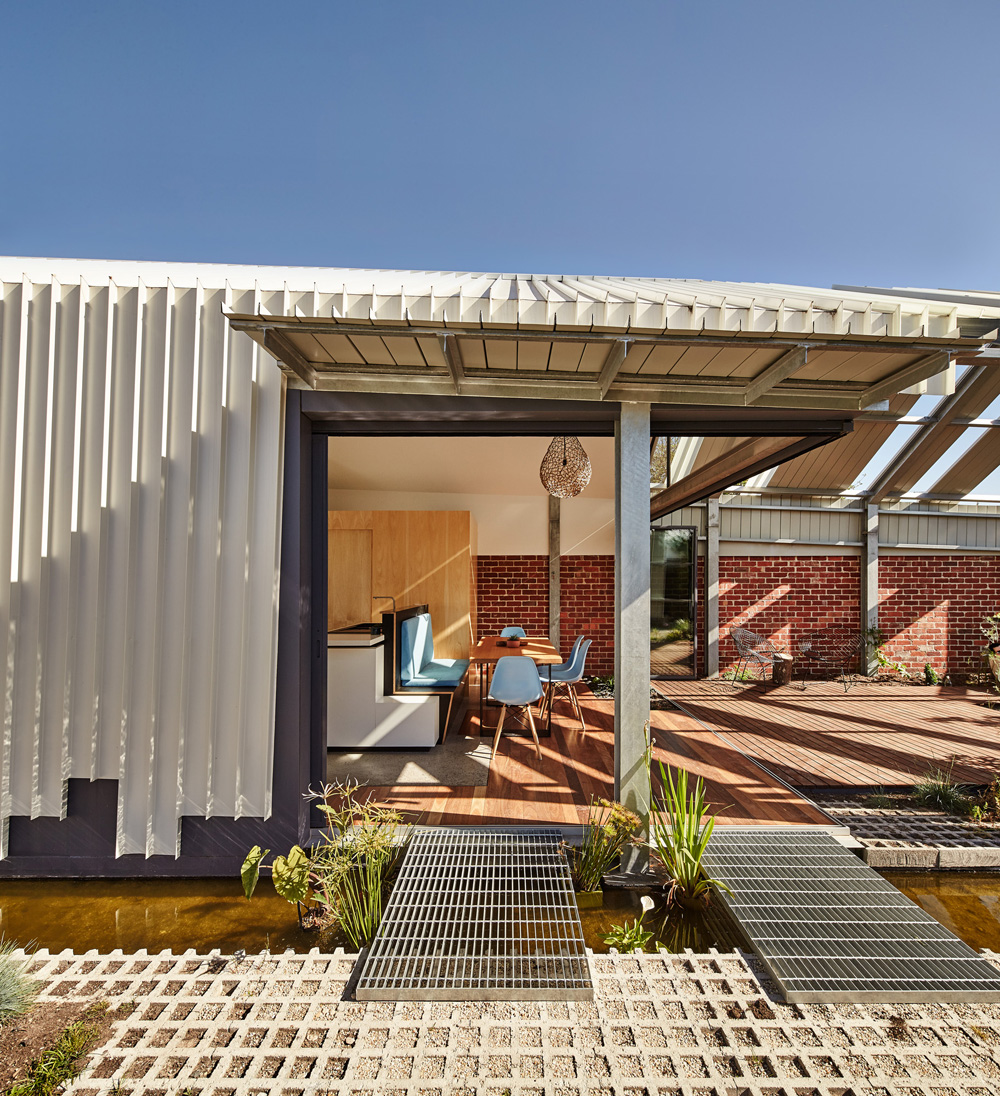 The architects experimented with different materials and succeeded in creating an engaging design. Different textures and colors are used to emphasize and bring individuality to different areas. They beautifully blend together, as they merge with their surroundings.

7. Dreaming About The Possibilities 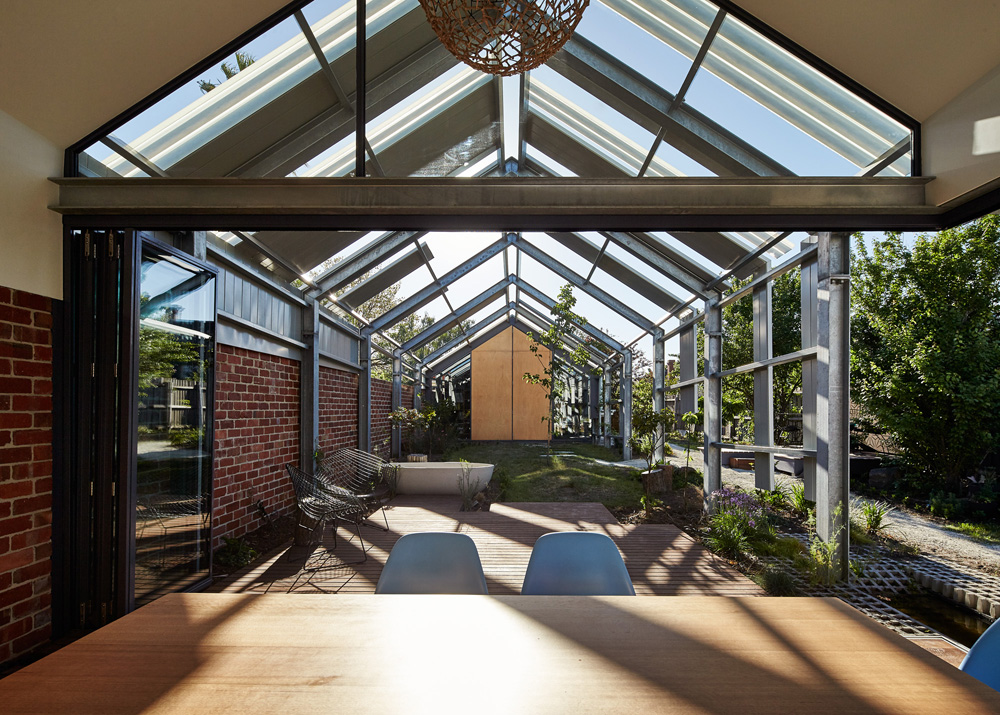 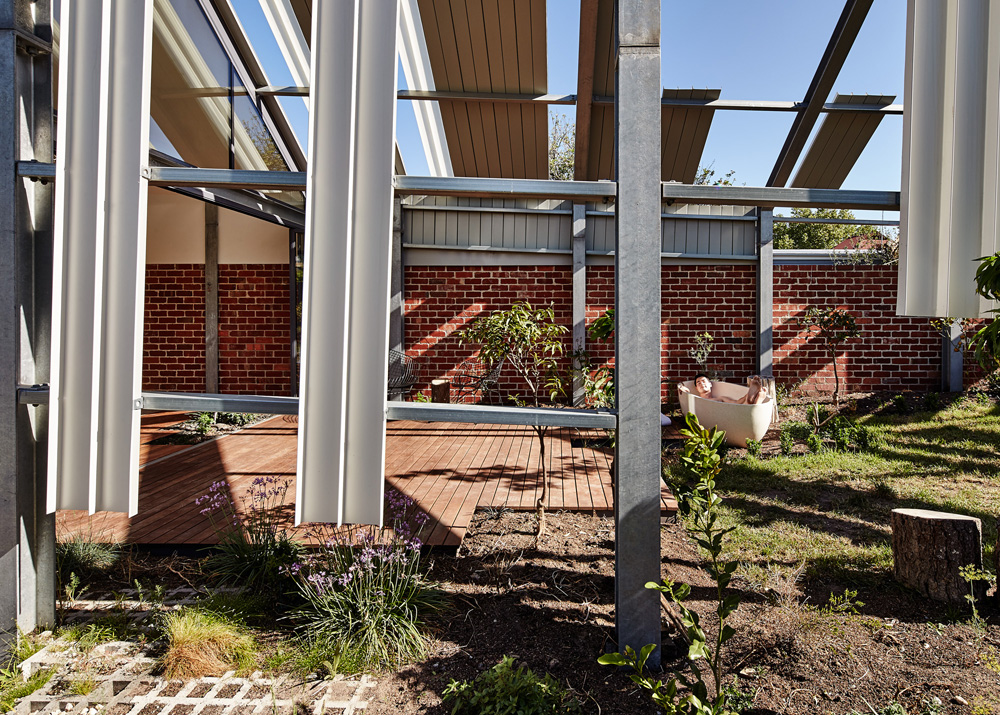 The extension was intentionally left with an unfinished look. It celebrates the structure and dreams about the possibilities. Andrew thinks that “the site holds so much promise when there is nothing more than a timber or steel frame”. 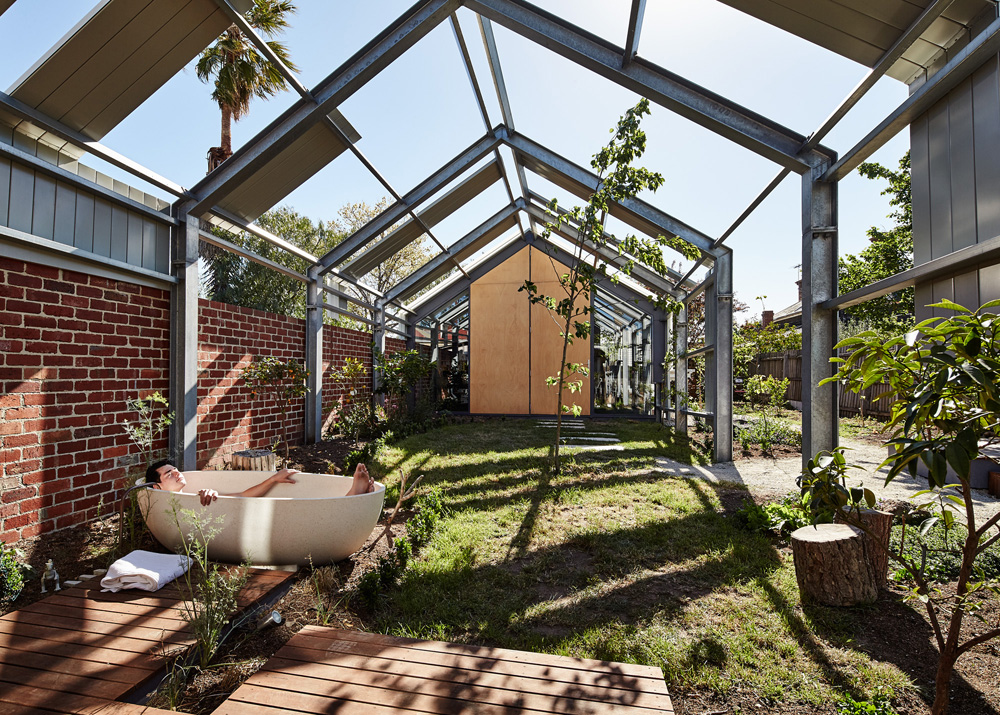 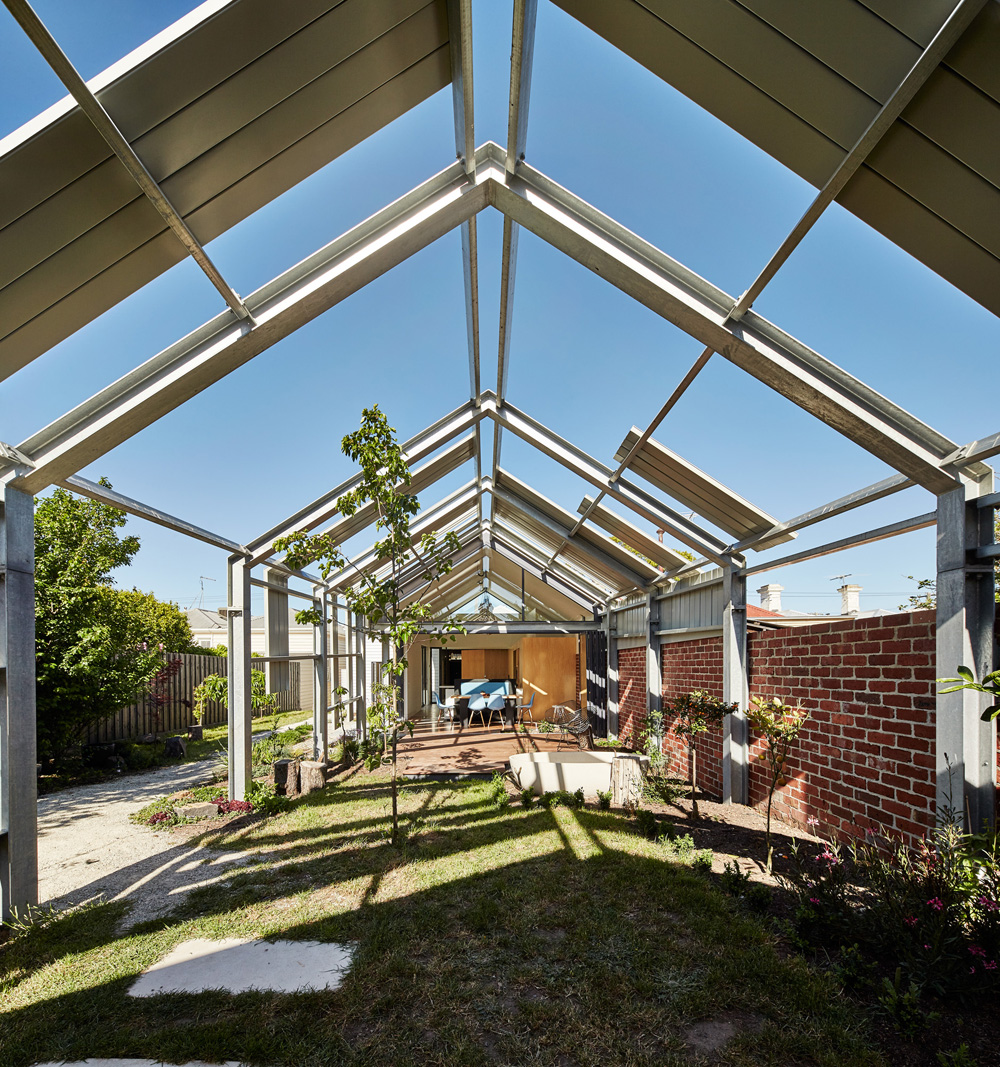 By leaving the skeleton of the extension exposed, the architects managed to break the boundaries between the indoors and outdoors. The look resembles that of a greenhouse. In fact, a greenhouse may have had an influence on shaping the Cut Paw Paw. In the house plans, the canopies of the trees are completing the structure, offering a greater sense of privacy. 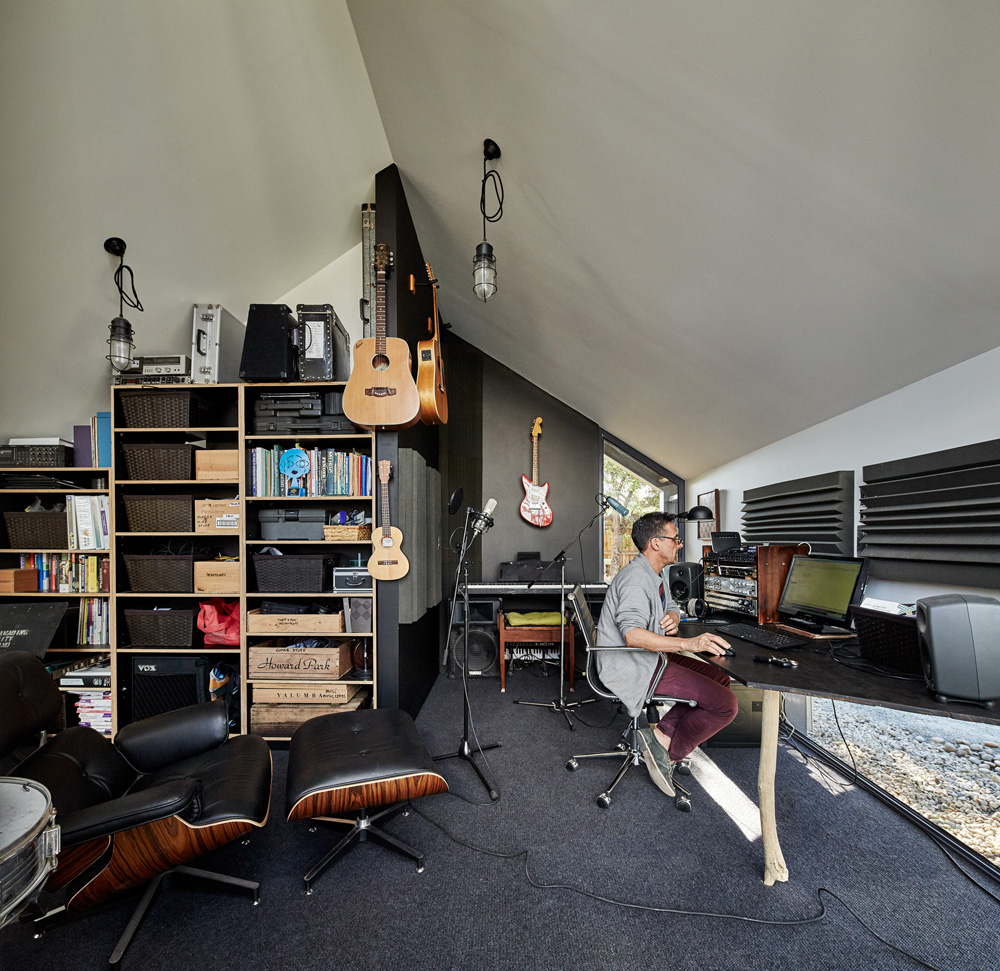 One one end of the long, rectangular extension, there is a storage space and a dinning area. At the other end, there is a small music studio, that brings something new through the medium of materials. It has a sophisticated,elegant flair to it. 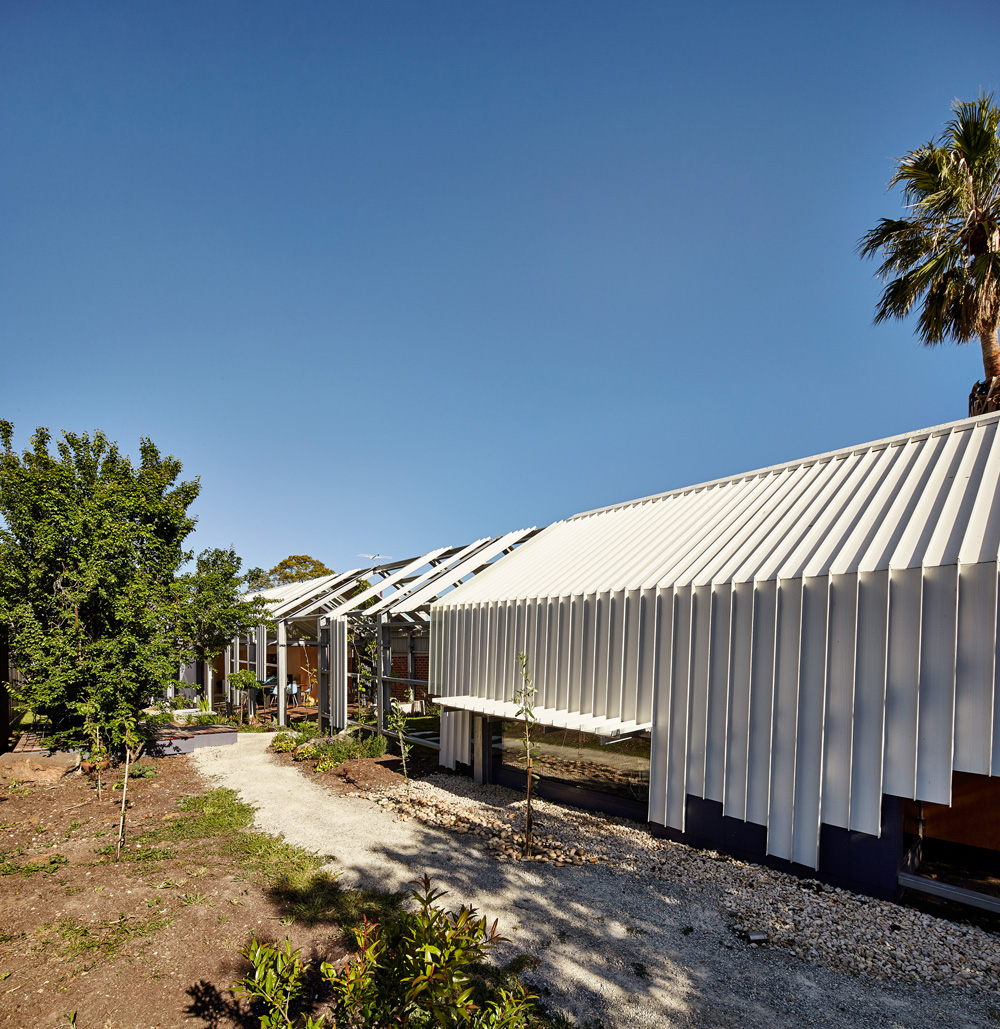 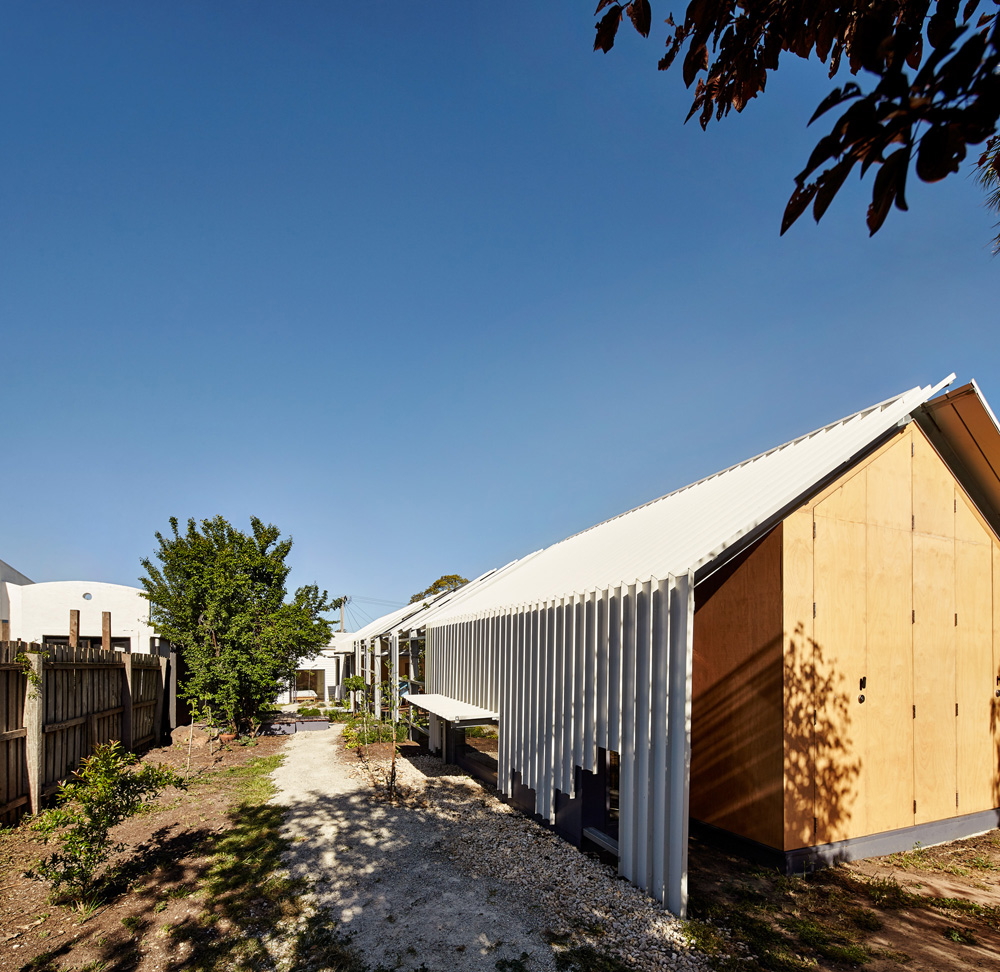 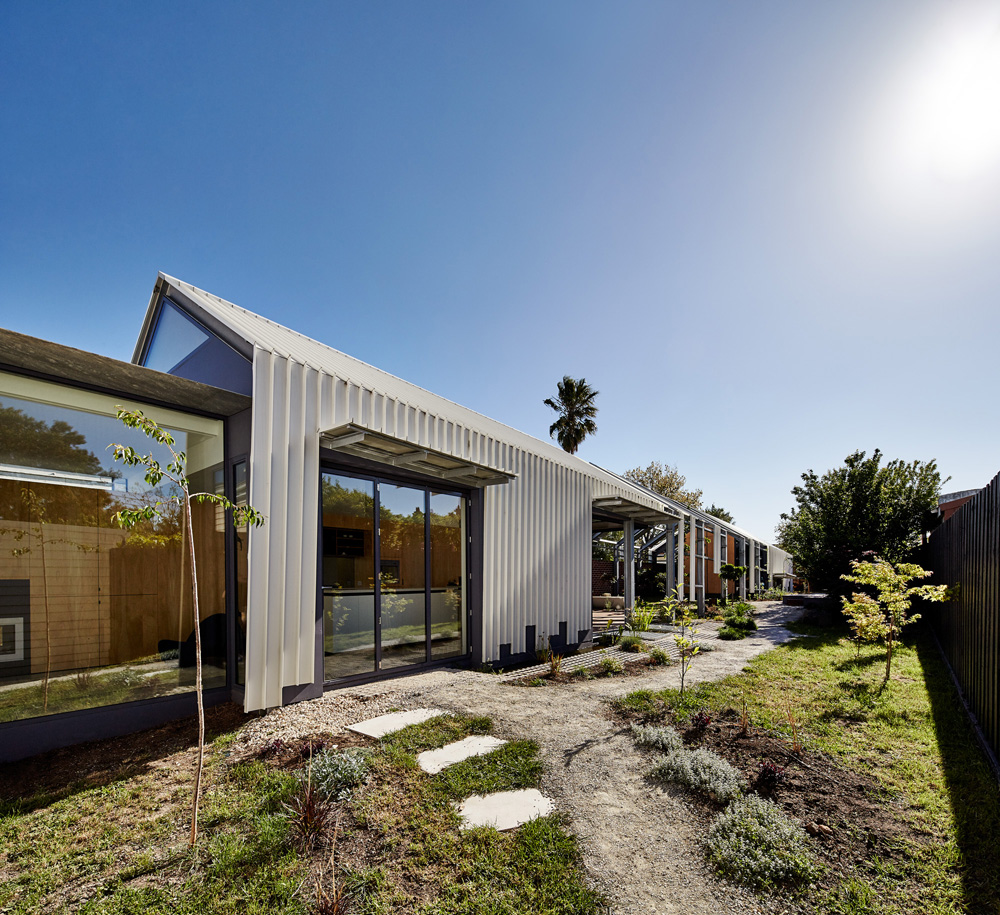 The extension lengthens around the southern boundary. This maximizes the amount of light and warmth it assimilates throughout the day. According to Andrew Maynard Architects, “sustainability is at the core of the Cut Paw Paw”. 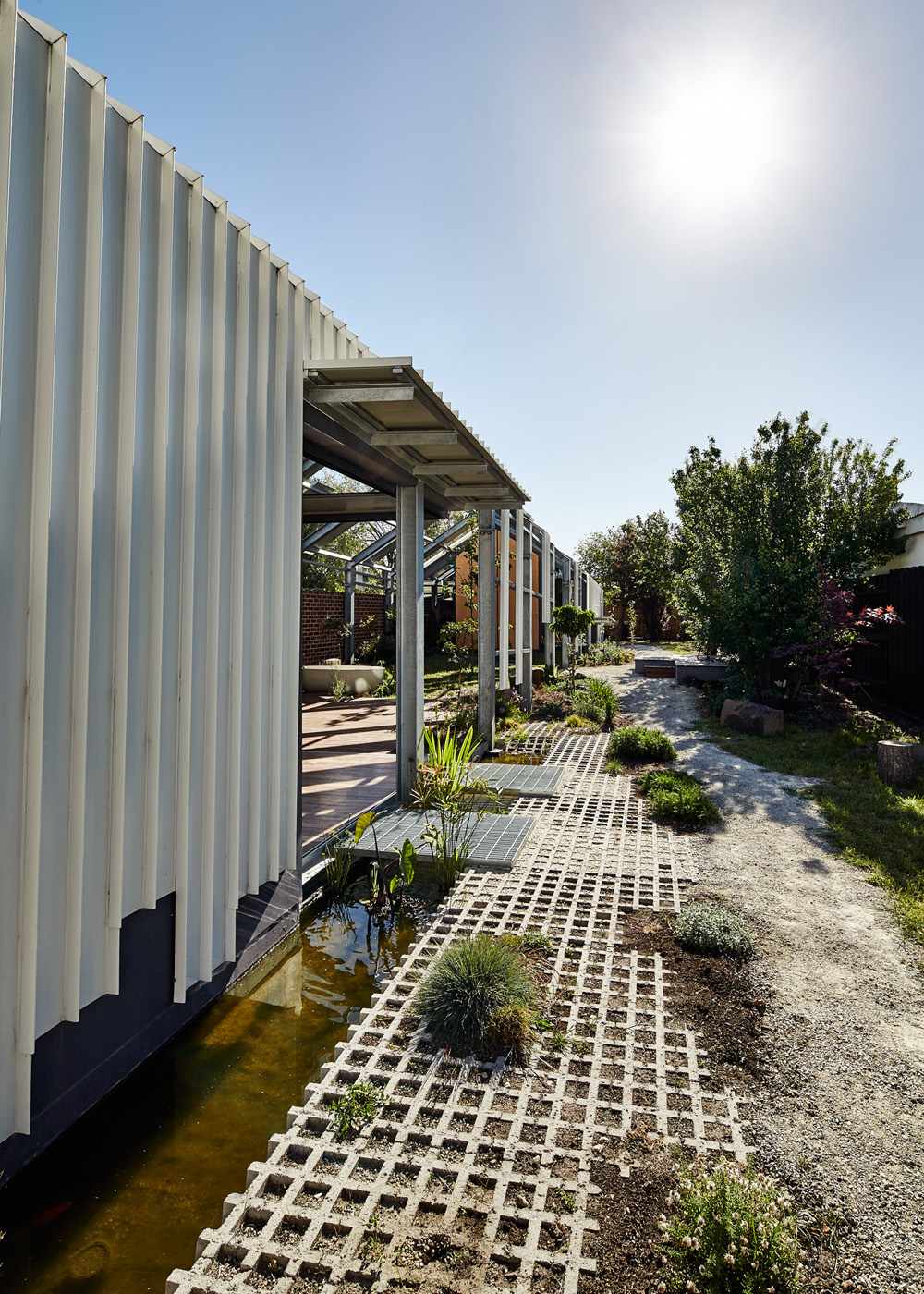 Opening and windows are designed to optimize passive solar gain, while the white roofs reduce urban heat sink. Even the pond was introduced strategically. It “serves as a mechanism to passively cool the house through natural evaporative cooling.”

According to Andrew Maynard Architects, the Cut Paw Paw “It is both inside and outside. It is both a new building and an old ruin. It is both garden and home”.

Currently studying architecture, I'm enamored of all visual arts. My path in architecture started with drawing. The childish play soon developed into a passion and then into a choice of profession. Architecture taught me a lot of things that can be applied in interior design. I'll share with you my perception of space along with tips on how to manipulate it to suit your needs. Enjoy! 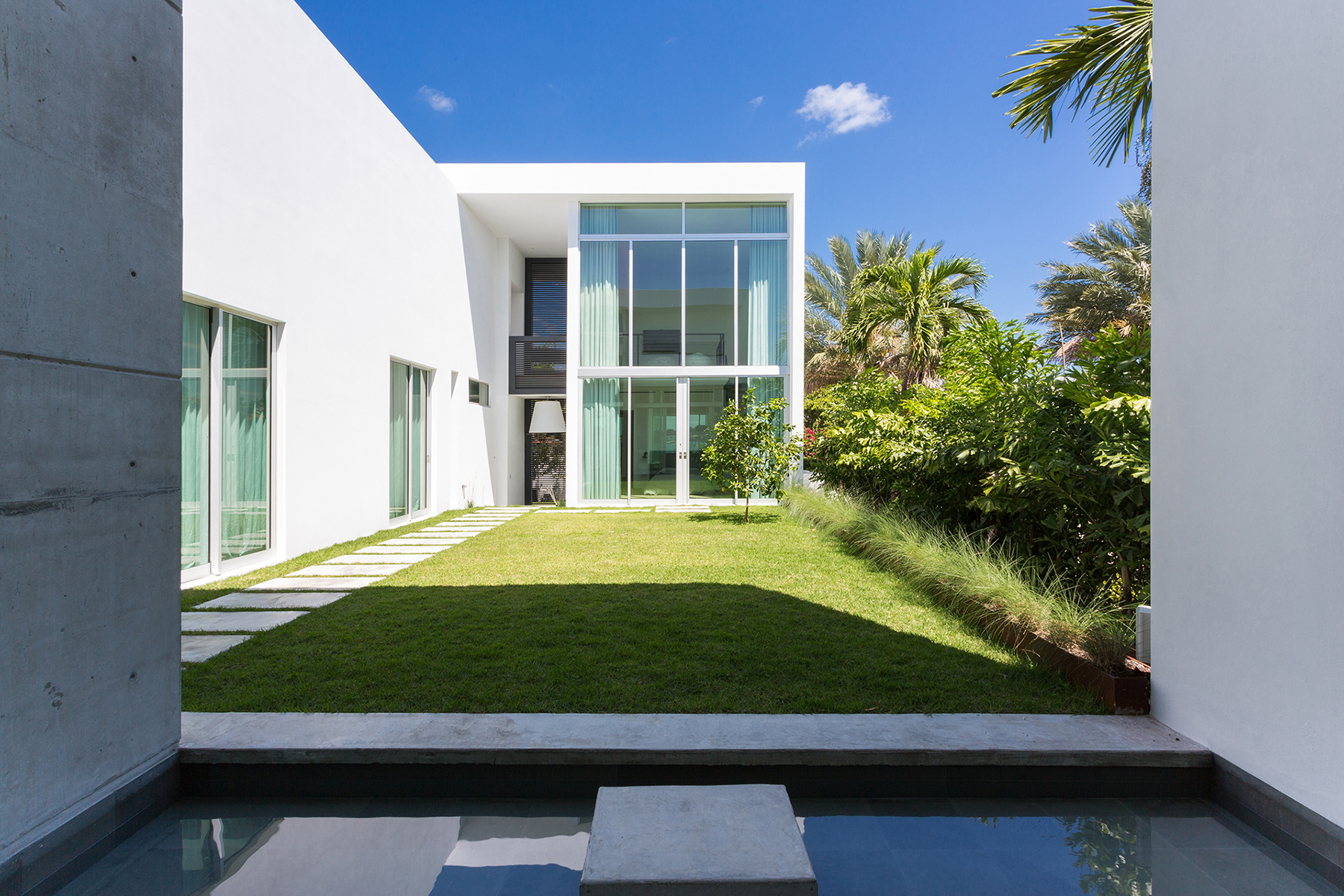 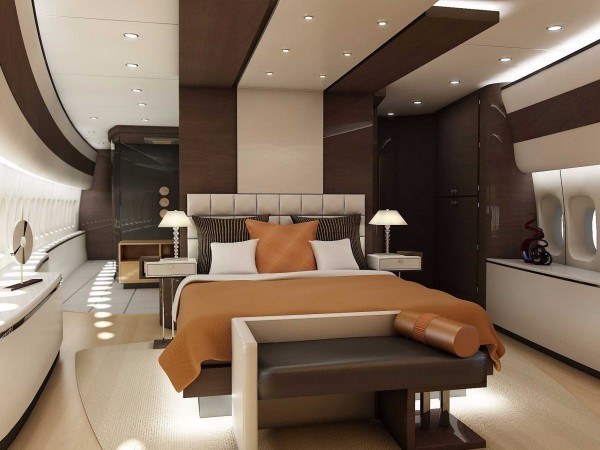 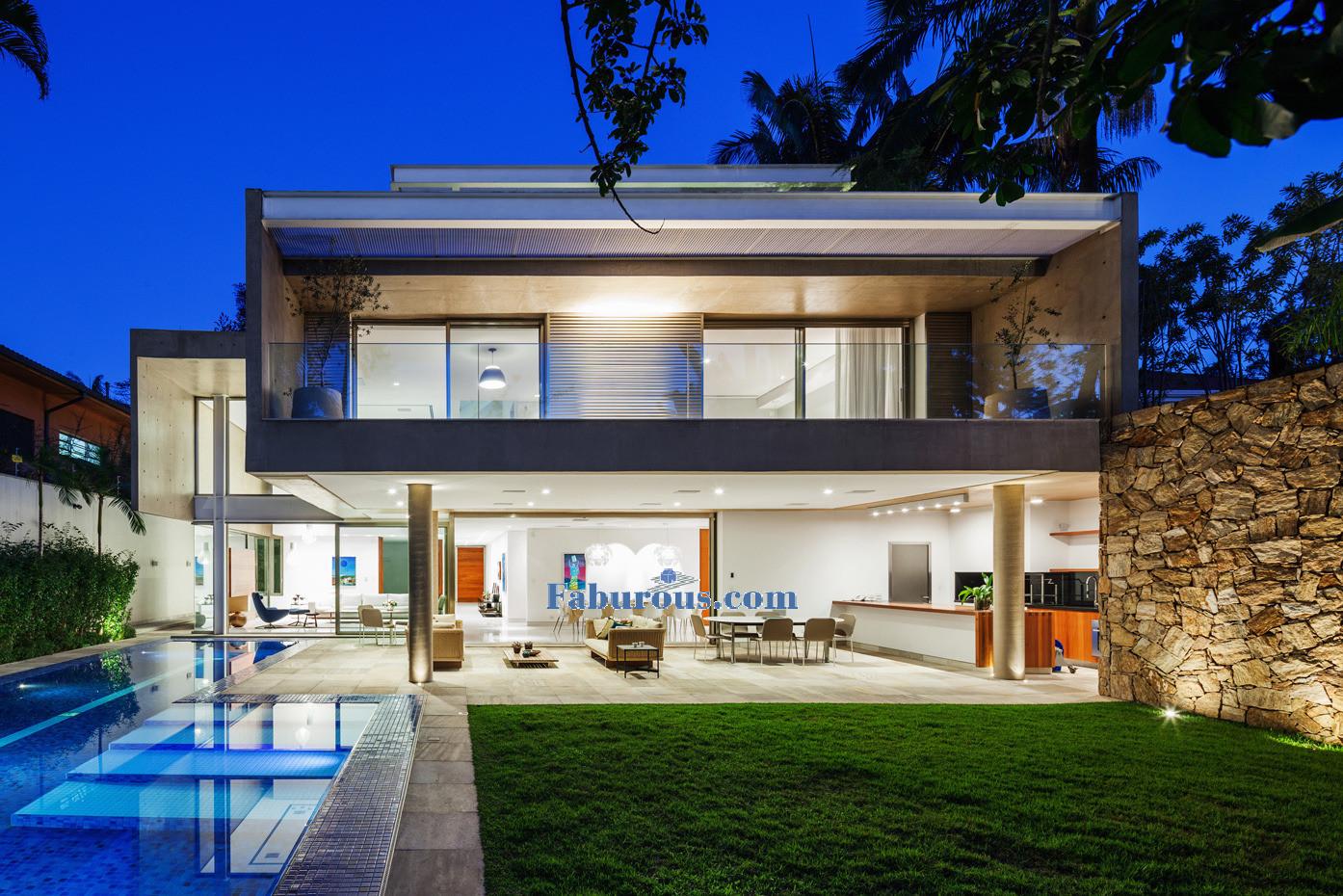